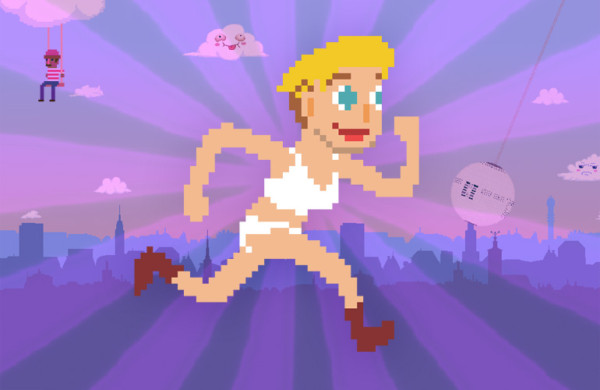 Together with August Östberg and Martin Staaf we were commissioned by Sony Music to create a game for Miley Cyrus’s concert in Stockholm, after a few long nights, beers and too much pizza we created ”Run Miley Run”.

A game were Miley Cyrus jumps from rooftop to rooftop exploring Stockholm. The player with the highest score won tickets to the concert. Simple, easy, addictive and fun.

The game is responsive and can be plays from most devices, phone, tablet, desktop etc. Works best as a web-app on your iPhone5 though.

Since money and time was tight we decided to not restrict the game to much, meaning that most of it was open JavaScript code. Something that we first saw as a problem because it was easy for people to cheat, but after a while when we saw all the cool things people added, modified and coded on top of our game we realised that it was one of the best decisions ever.

We did have a cheat-catcher though, so the correct people won the tickets.

So for example. Add this code in the console while running the game. 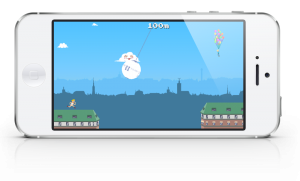 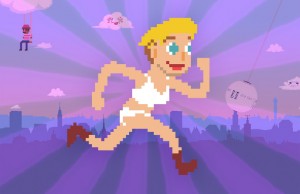